Duke Nukem 3D: Atomic Edition, the legendary FPS in which the Earth's greatest hero provides a steady flow of bullets and badass one-liners, is available on GOG.com, for the low price of one smile, for the next 48 hours. That's not all. For the first time in history, this supreme space-alien slaughter simulation is also available on Mac!

The Mayans have warned us: the world is in grave danger. Some think it's going to be a giant meteor, a solar storm, a super-volcano, or a lethal plague. But the gamers of planet Earth know better than that! That's right. We know the real truth. We're onto you, space-aliens. We've seen through your plot. Pretending that you don't exist, hiding your massive fleet near Uranus, and planning to strike on 12.21.12. So you think you can invade our planet and live to tell the story to your slimy bug-eyed grandmaggots? Well, think again. We've got Duke Nukem. And what have you got? Lasers? Plasma cannons? Mutant beasts? Deathrays? You make us laugh. Ha. Ha.

Have you seen Duke Nukem 1+2, the classic run-and-gun platformers? That's how the legend began. Just a few years later, its successor Duke Nukem 3D became a milestone in the development of the FPS genre, and an unquestioned highlight in its protagonist's career. Never before and never after have we witnessed such an unprecedented mix of explosive action, comedic brilliance, and sheer badassdom. In the department of pure awesomeness, Duke Nukem 3D holds the crown, and so it shall be--forever. With creative level design, memorable foes, unique weapons, and an iconic outspoken hero, this game is a true monument to gaming fun. The Atomic Edition lets you duke it out even longer, as it contains the bonus fourth episode, complete with a new weapon and previously unseen enemies!

Now you can witness all the badass FPS magnificence of Duke Nukem 3D: Atomic Edition for free, both on Windows and (for the first time ever!) on Mac OSX, so come get some! Hurry up, though--the offer won't last FOREVER. In fact, WHEN IT'S DONE, it's done. That will be Friday, December 14, at 14:59 GMT. 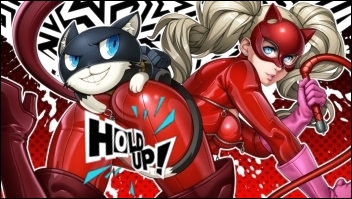