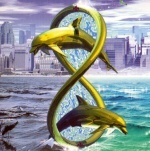 Spoiler:
The game has come a long way since it's creation, so I've decided to create a thread in hopes of answering a lot of the questions I see come up.

No, it's never too late. As with most MMOs, there will be a population that is already much higher in level than you. Unlike most MMOs, this doesn't matter nearly as much, as you cannot be killed by fellow players. This allows you to catch up to those already at the level cap without detriment.

1a - Are you sure? It seems like the population is quite a lot smaller...

Sadly, yes, as every game ages, you will find fewer and fewer people hanging on. But with the additional content they have layered on, plus all the pre-existing content, there's still going to be plenty of people around. In addition, people do often return to this game due to it's crack-like addicting quality.

1b - But what about FFXIV? Isn't Square-Enix trying to get everyone to move to it?

That plan is not working as intended. Due to numerous development issues, population of that game is actually getting lower by the month, despite being free. Square-Enix has stated previously that so long as FFXI has enough subscribers, they will continue to support it.

To qualify this question if you 100% new to the game, this MMO has been out for over 8 years, and the remaining population are mainly long term players with 1 or more job at the current level cap. This means that there are few new players looking to group up and take on low level mobs.

But fewer does not equate to none.

With Fields of Valor (linked below in the changes section), it is quite feasible to clear through most of the early levels with ease, only hitting a wall around 50-55. Also keep in mind that at certain level ranges, you are likely to get parties to level subjobs of other, older players. And never forget to make as many friends as you can. Friends can help you level, and even allow you to join them in alliances in Abyssea (also linked below)

The major difference is the focus on communal play and community building. Where the other games have a PvP element to them, there is only a limited conflict-related event in which you fight other players. Otherwise, the focus is on aiding your fellow players in their exploits.

4 - How has the game changed since (enter date here)?

Here's where the bulk of what I want to post will lie. I'll just list everything and link where needed to provide additional information.

- Level cap is being steadily raised to 99 (Currently cap is 90)
- Countless new spells, abilities, and traits were added
- You can choose your starting server
- There is now an in-game tutorial to help new players get started
- Experience points gained from Easy Prey and Decent challenge mobs has been increased
- The amount of experience points lost has been reduced when defeated
- Experience point enhancing rings have been added, increasing the speed of leveling
- Level Sync has been added
- Fields of Valor has been added and expanded, making it possible to solo to 75
- New Fields of Valor Elite Training regimens were added, allowing you to face down against a spawned Notorious Monster
- New Item Augmentation feature has been added.
- Campaign has been added, making it possible to go from 60-75 solo
- Abyssea add-on scenarios allow for alliance-style parties to level rapidly from 75 to cap
- Buffs have been added to Signet to make soloing and forming small groups easier
- The Wings of the Goddess expansion features similar buffs on Sigil, and also offers additional lower level hunting grounds
- Treasure Chest and Coffers respawn faster for those who need them for quest items/maps/artifact armor
- Treasure Caskets now drop from mobs in all of the original game and RotZ expansion areas
- Chains of Promethia missions have been made very easy to complete. There are no longer level-capped zones, and no experience point loss for death in boss fights
- The mobs for breaking the second Genkai (Limit Break) have been made easier
- Moblin Maze Mongers has been added
- A good portion of overfarmed drops were replaced with Rare/Ex equivalents
- Treasures of Aht Urhgan added additional high level camps, and features enhanced experience points gain
- New recreational events were added (Chocobo Raising, Chocobo Racing, and Pankration)
- Shorter end game content was added (Assault, Nyzul Isle Investigation, Salvage, Einherjar)
- Zeni Notorious monsters were added
- ANNM, ISNM and ENM battle fields were added to join BCNM and KSNM battle fields for sources of items
- Drop rates for Dynamis have increased
- New Mythic Weapons were added
- A new way to build custom weapons, Trial of the Magians, was added
- New armor was added via Trial of the Magians
- New job-specific emotes were added
- Several new jobs were added (BLU, SCH, DNC, PUP, COR)
- Two-handed weapons received a buff to their damage
- Mobs now lose hate over time and will deaggro and disappear under certain conditions
- Several Notorious monsters have become forced spawns
- When changing nations, you no longer lose completed supply quests and outpost warps
- Adventuring Fellows were added
- Mog Satchel has been added
- Mog Tablet Quest quest has been added

I'm sure I've missed some, a lot has changed in this game.

While it does vary from server to server, overall the economy has deflated a lot from the heights it reached. With the aggressive actions of the Special Task Force, gilsellers have been banned in huge amounts. And while they still exist, they do not exist to the degree that they did.

With that said, while things are overall more affordable than ever, you still need to work for your money.

As mentioned before, PvP is not the focus of FFXI. The game is not balanced towards it, and it only features direct player conflict in two forms: Ballista and Brenner. There is no reward for either aside from some gained EXP and gil from open Ballista matches.

That depends, currently the Return to Vana'Diel campaign is ongoing until April 15th. After then, reclaiming old characters is not possible until the next one.

There are other conditions that apply as well, but there's already a great post in the sticky all about this.

While I am no expert, there are linkshells that do actively roleplay in the world of Vana'Diel. I invite those who know to reply and I will gladly include and credit them appropriately.

There are some linkshells on different servers offering RPing opportunities. Click here to see a post with some of them.

Thanks to Vyren for the above link!

FFXI will never be WoW. It will never have the huge appeal and numbers of that juggernaut. WoW has a low buy-in, easy learning curve, and focuses mainly on soloability for the bulk of the game.

FFXI requires you to socialize and depend on people. This will always chaff some. Then there is the fact that it is a heavily story-based game which uses cut scenes loaded with text to convey its story. No high paid voice actors here.

Factor in that the game was designed by Japanese, and targeted at Japanese-style grind play, it is not for everyone.

However, Square-Enix is releasing 3 content expansions, and still has fully half the content of the most recent expansion yet to be added this year alone! With the massive amount of changes (most of the above that were listed were made within the last few months), Square-Enix has continued to redefine what this game is. That shows they have an interest in continuing the game for the foreseeable future. 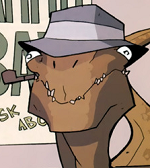